In May 2013, Dr. David McGee, Professor of Physics at TCNJ, led 12 TCNJ students—majoring in chemistry, physics, English, biology, and psychology—to Germany for two weeks, where they can explore the birthplace of atomic physics and learn about the historic strife scientists experienced during that time. 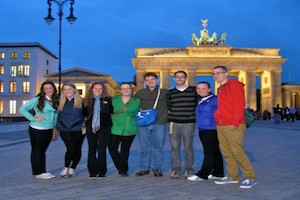 Chemists and physicists made great strides and discoveries in the study of atomic and nuclear structure with war and political turmoil in the background. All the major players worked prominently in the early 20th century Berlin, Göttingen, and Munich, making Germany an ideal site for the historic and cultural background of atomic physics.

The physics professor created the course after receiving suggestions from scholars he met at a professional conference at the Max Planck Institute of History of Modern Physics in Berlin, which is one of the highlights of the trip. “I teach courses in modern physics,” explained McGee, “and wanted to enrich the courses by knowing more about the history of its creators.” “Germany was the center of both the physics story and the political story—and they can’t be separated if one is to get a full appreciation for that time in history,” said McGee. “Germany also has a very strong tradition of preservation, both in its scientific and political history.” 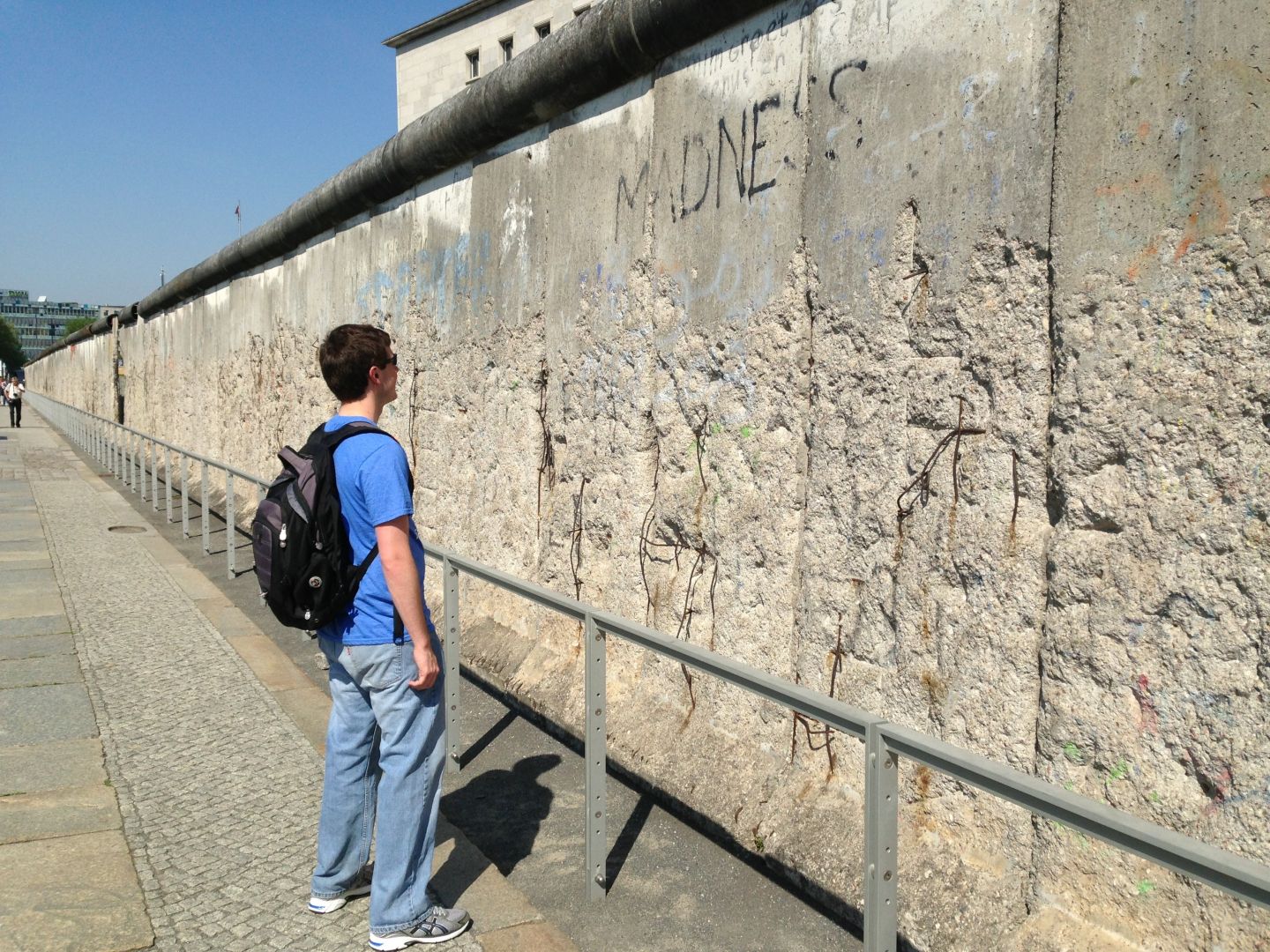 Students first fly into Berlin and spend time visiting science and history sites such as the Max Planck societies, Holocaust Museum, and Reichstag (German Parliament). McGee makes sure that students learn and immerse themselves into the history of that time period as it played a major role for the field of science at that time.

At the peak of atomic and nuclear physics, there was a rise in National Socialism. The Nazis drove out many German scientists, including Albert Einstein, Otto Hahn, Lise Meitner, and Fritz Strassmann due to “anti-intellectualism” according to McGee. This led to certain German and Jewish intellectuals fleeing into the arms of German enemies, bringing nuclear research to other countries such as the United States. Ultimately, these escaped researchers contributed to the development and research of atomic ware fare under the code name—the Manhattan Project. 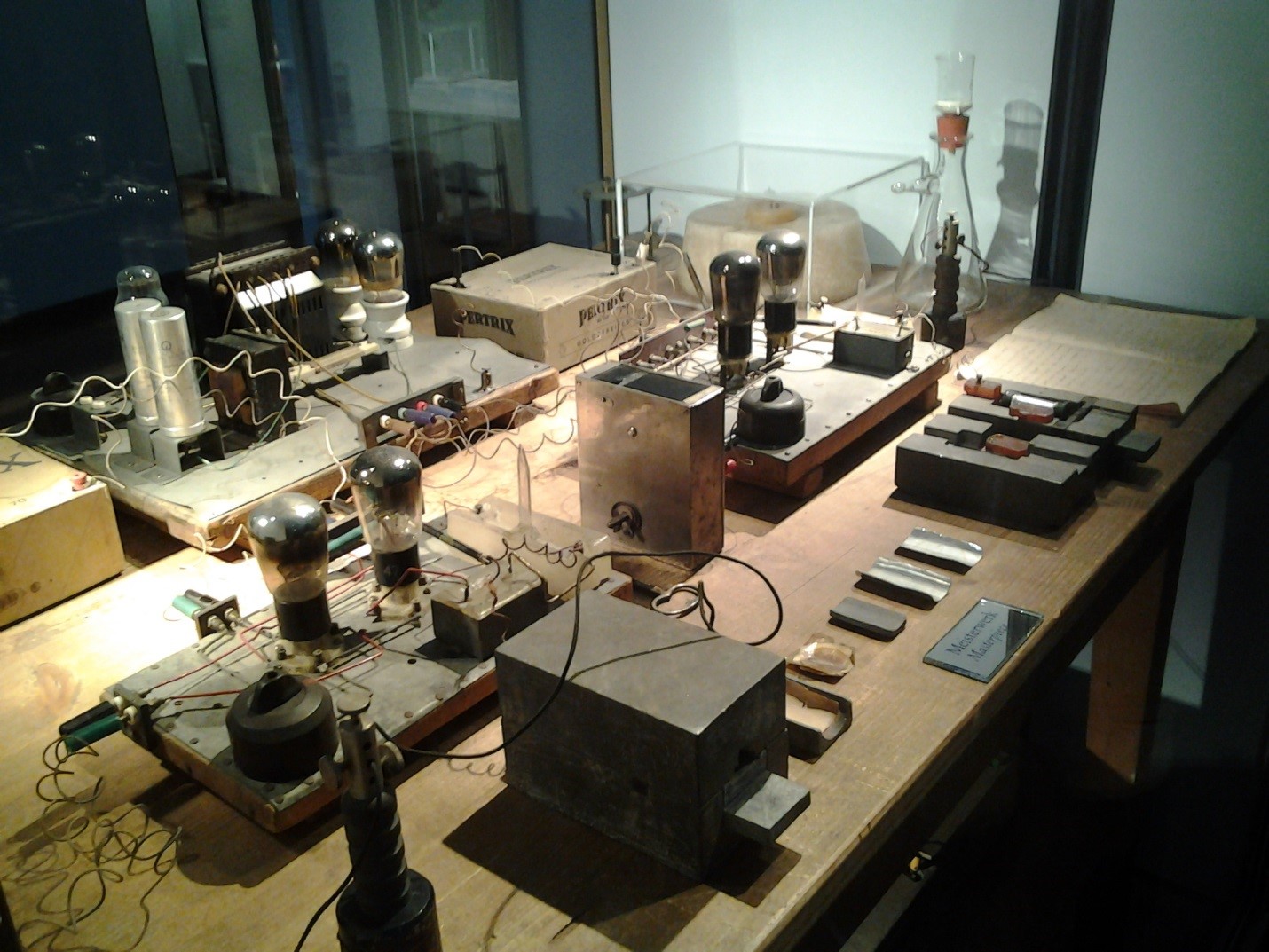 On the last leg of the trip in Munich, students will get a chance to live in Deutsches Museum, one of the world’s largest science and technology museums. McGee added that the museum houses an extensive collection of the original equipment used in the study of atomic and nuclear physics. During their stay, museum staff taught a series of workshops to the group.

During the stay in Deutsches Museum, students get to have a behind the scenes tour of the museum—how staff are hired and how displays are designed. They also had the chance to access the rooftop observatory that was damaged during World War II and was not open to the general public.

“The highlight of the trip was living in the Deutsches Museum for a week,” said Joseph Avenoso (’16), physics major who had participated in the trip. Avenoso enjoyed seeing the integration of science, history, and politics of the subject as well as the opportunity being abroad for the first time. “I would do it all over again in a heartbeat,” concluded Avenoso on his experience.

“The trip shows the essential human side of science,” explained McGee. He wants students to be able to appreciate the story of modern atomic and nuclear physics. 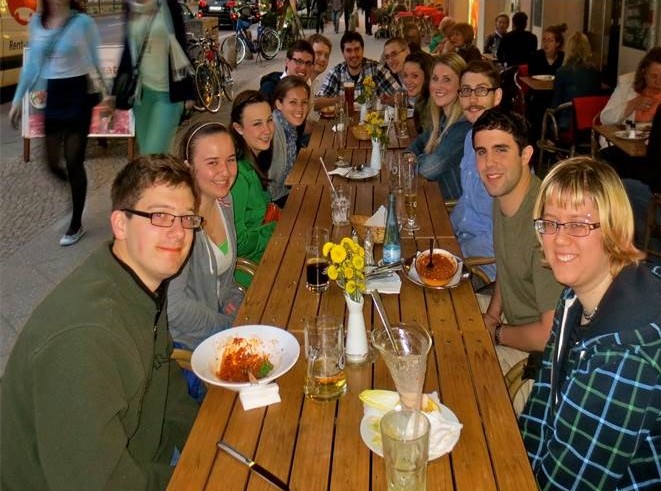 In addition to the scheduled tours and presentations, students had the opportunity to explore the cities outside of the course on their own. Some activities taken by students included dinner at a traditional Bavarian restaurant in Munich, and a 6-hour bike tour of Berlin.

This course has not only given students a unique perspective on the history of physics, but has also opened new opportunities for students.

“Finally, a very gratifying aspect was one student [Cory Leahy (‘14)] from the trip liked it so much that he returned the following year when I taught a 3-month physics course in Berlin,” said McGee. “He ended up staying in Germany another 2 months after that, and is now applying to graduate school in Germany.”

No science background or language is required for the trip. McGee make the subject accessible to everyone and have the students work in groups including at least one student with a science background to assist non-science majors.

The course will be offered again in May 2016, and will fulfill a liberal learning requirement.